The Blog Hop.
Thanks to, Amanda Buxton, for thinking I am interesting enough to be in her blog hop.

What am I working on right now?

I am making the editorial changes to my mystery/thriller Tattered Wings.
It is the story of a young boy who kills and why he feels it is necessary.
All through the story are bits of the lives affected by this boy's actions.
Do we make killers or are then born?

How does my writing process work?

Not like anyone else's from what I read.  I always get a kick out of how people say they write. They make their character list, they develop them, they get their scenes in their heads and off they go putting it all together.
This is how it works for me.
I can't sleep. An idea floats around in my head, then it starts beating against my forehead saying "Get up you lazy bum and write  this down because you won't remember it in the morning."
I drag myself out and transfer everything nagging in my brain on to a piece of paper.  I feel relieved and go back to bed. When I get up in the morning to go into my office. I am flabbergasted at what is on the paper. Here is a sample of what was in my head the other night when the idea for the Murders of Madison Hill came to me at 3:35 am.


“Allen, you can't mistake dead!” Nate was poking the blue blob with a stick.

“Come on Nate, I don’t like this. I keep thinkin’ he’s gonna move. Besides, if he’s dead we need to tell somebody.”


“Allen, we aren't supposed to cut through the woods. Mom said next time we did, she’d  ground us.”


Nate didn’t move from his spot. He kept looking, prodding, and trying to turn the guy over, but he needed something bigger.


It was an adult, and he looked horrible.  There was blood all over the leaves around him and the blue jogging suit he was wearing.  There was a definite whole in his head. The eye Nate could see  was open and foggy. Just as Nate began to turn toward Allen, he heard a rustling sound in the distance. It was rapidly getting closer. Nate pushed his little brother so hard he tripped. Reaching down he pulled the younger boy up, grabbed his hand,and ran toward the nearest clump of trees.  Pushing Allen down again, he threw himself on top, and clamping  his hand over his little brother's mouth, he whispered,  “Shut up. Don't move. Don't breathe.” 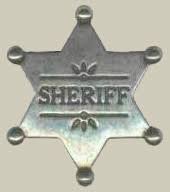 I would not want to be a law officer. The thought of walking up to a car, not knowing who or what is in it, is above my bravery level. Even worst would be to get a call and go to a house where a domestic quarrel is in progress. Nine times out of ten, the battered woman sides with the husband or boyfriend, after the anger subsides, and the officer becomes odd man out.
That being said, there is a lot to be learned from the Sheriff.

Let me say, it is my belief, that most people who commit a violent crime would do just about anything to take back that 15 minutes where they lost their temper or made a very bad decision.
I am not talking about serial killers or whackos. I am talking about the average joe who is 40 or 50 years old,and goes to work everyday. His life goes south after a divorce or another of life's missteps he can't handle. He begins to drink or starts doing drugs and his since of right and wrong jumps out the window.

Then there is the other type of criminal who believes the world owes him something. He breaks into cars to steal computers and stuff he is too lazy to earn because he wants drugs or whatever and he doesn't care how hard you worked for anything. How dare you drive a new car, live in a nice house with the lawn mowed and eat three meals a day while he was beaten and battered by a drunk uncaring father and a mother too scared to make a move. I am NOT defending this scenario.  I firmly believe some people are what they are because of the way they were raised and others are the way they are in spite of the way they were raised.

But, I am not telling you what I learned. So here is some of it.
Always treat the criminal with respect. It goes much easier when you want to talk to them to find out what actually happened. They will open up more to the guy who lets them smoke a cigarette and have a coke than the guy who pushes them around and treats them like scum.

The faster you can get a suspect isolated and get him to talk, the more likely you are to get the true story. The longer they sit alone or with someone else involved in the crime, the more time they have to think about what they can say to justify what they did and make it seem not as bad as it is.

One man I met should have been protected by the Castle Law. The law says if you are in your home and someone comes in to harm you, you can shoot them and not be charged with a crime.
In this case, the intruders came in, harassed the home owner.  He had a gun on is coffee table.
Dumb, it think. Anyway, the situation was defused and the guys left but the homeowner was so angry he followed them out and got into a scuffle with one of the men. Subsequently, someone was shot and now the man is charged with murder.

Another man shot a guy in the eye because he "didn't respect" a pick-up truck he borrowed several years before and since then the man let it fester and fester until when the guy came to his house he shot and killed him.

Anyway, we didn't have much to do the night I rode with the Sheriff. We helped a motorist who was stranded on the highway and patrolled. I heard lots of war stories and how people make a bad situation worse by lying and saying things that just could not have happened.
I plan on incorporating these stories into my next novel.

Any law officer who reads this will probably think I am being simplistic or off the mark, but comments are always welcome and discussions are good for the soul.

The Sheriff, The Farmer's Market and Metaphysics

I live a diverse life. This week I rode with the Sheriff on Friday night to pick his brain for a book I am writing. On Saturday I read my book to children at an outdoor farmer's market and in the afternoon I went to a picnic put on by the School of Metaphysics and toured their new school in Springfield.

To further complicate matters, I am unable to tell you which I liked best.  I learned all kinds of ways to kill people when I rode with the Sheriff and talked to two murderers, more on that in another blog.

I met a young seven year old boy on Saturday, named Patrick, whose vocabulary was better than most of the people I talk to all week.  Later at the same reading, I met two brothers aged nine and eleven who could intelligently discuss their favorite authors and books and genre. They were so knowledgeable I found myself writing down their recommendations and telling them about Sharon Keeling Davis' book which they are now eagerly awaiting.

When I left the farmer's market I motored over to Phelps Grove Park and sat in on a talk about metaphysics. The subject has always fascinated me..  I am currently reading a three book Summer of Enlightenment Series. Do I seem enlightened?

Don't you dare answer that.

I was going to use all of these events to explain why I haven't been updating my blog, then I realized this was a reason TO update.