I am sorry there are not pictures today. I have lots to show you yet the hospital won't wait.

Hope you all had a good week. While you’re reading this, I am having my right knee replaced. They scare the bejeebers out of you a couple of weeks before you have the surgery. I bet they told me how bad it was going to hurt at least twenty time.

But I want to talk about something more interesting than my surgery. INSIDE STORY 3

It’s about a Pentagon in the barn lot. One day while reading a copy of Backyard Poultry, yes, I read a chicken magazine, but only for the articles.

The most interesting thing about the book is all of the cool stuff you can buy. I could spend thousands of dollars buying the things I see in farm periodicals.

In this particular issue they had star-plates. A star-plate is a five-sided piece of a steel that is fashioned in such a way a two by four fits into each side.  According to the article, you put an eight-foot board in each point of the star and fit them all together you would end up with a Pentagon eighteen feet tall (honestly, it looked much easier in the pictures).

My, not always practical mind, came up with a better idea. average thinking. If I made the boards ten feet long instead of eight feet like the pattern said, I would have a five-sided building twenty feet high.

So now I had $85 invested in the plates and about $150 in wood. I thought it was a small price to pay to be the only one around with a pentagon in the backyard.

Things went along great until we got ready to attach the top plate. It took everyone we knew and the tractor to get it together.

So now, I had a twenty foot high, ten foot five sized structure with no floor and no roof.
It didn’t take long to realize this was all a huge mistake. First of all, no one was going to get up there and deck it so we could put on a roof, the star plates set everything on a bias so there was no way to side it.
It was too late to back out.
As luck would have it, there was a storm and we had to replace the roof on the house, the backyard shed, and the gazebo.

I asked the construction crew to deck and put a roof on my folly while they were there. I have never seen so many men stand around with their hats in their hands scratching their heads.
For a couple of years we put tarps around the sides of it and used it for a sheep shelter.
It broke my heart.

There came a time when we had to separate the ram from the ewes. I bet you can figure out why.
The ram was not happy. To show his distaste for the entire set up, he began to butt the side walls with all of his might.

He knocked on side loose and all of my dreams plus the roof were going to hit the ground. They propped it up with a four by four. It was either do something with it or tear it down.
No, I couldn’t bear to have it destroyed.

We decided to turn it into a studio for me.

The pictures are of the construction. I will post more photos when it is all finished. Winter came before the back and the trim was painted.


Posted by Unknown at 5:14 AM No comments: Links to this post

The Inside Story , two

Tomorrow is the big day. My second book in the Kate Nash Mystery Series is to be released.
I wrote the books so they will stand alone. In other words, if you didn't read Finding Lizzy Smith, 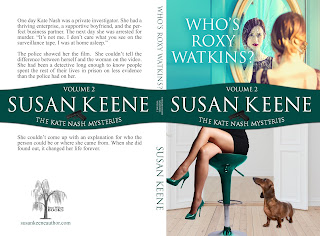 you will still be able to follow the second one, Who's Roxy Watkins? without feeling lost or that we all have a secret you don't know.

Of course, with each  book, you learn a little more about the characters, their likes and dislikes,  favorite foods, clothes, and who thinks what about who.

Readers are asking when book three will be done. Honestly, I'm not sure. I have a title, The Untimely Death of Ivy Tucker (I've been known to change my mind).

My brain is still swirling around Murder in Madison Woods, so for the first time I am writing two books at once.

Since I can't buy groceries without a list, remember where I put my glasses, car keys, or the TV remote, this will be a serious challenge.

How many of you read my crime book, The Twisted Mind of Cletus Compton?  I guess that was a silly question since I can't see a show of hands. Anyway, the two most popular characters in that book will make another appearance in Murder in Madison Woods. Can you believe no one wanted to run into Cletus Compton or his brother Warren again?

Okay, two of the characters everyone seemed to like, or from the comments, loved, are Tony Massey, the six- feet -six dark haired shy and single sherrif of Ash County and Dr. Boo Jordan, retired FBI profiler and phychiatrist. Yes, her name is Boo. Want to know why?

When my daughters were in high school the quarterback of one of the local teams was named Boo Champange. I decided if I ever had the opportunity to use the name Boo, I would.

Until we meet again, turn off the TV and read a book. It's impossible to think about all of your problems, politics, the laundry and most everything else if your mind is in Africa, chasing a bad guy, trying to figure out who the killers, finding out the neighbor next door is a spy, or spending the night at the Scary Inn.

The Inside Story Part One

I began writing a new book. I'm about 17,000 words into it. It's about an eighteen-year-old who has been living alone in the National Forest.


The working title is Murder in Madison Woods. I might change it.

I don't know anyone else's writing process, but mine starts with a small idea. Sometimes I can write the idea down in one sentence or a couple of words.Then it festers and grows. People walk through my mind. Some I keep and some I tuck away for another novel.


I go to my writing space and write until what has brewed and materializes is gone, then I do other tasks writers must do. Believe me, If writers only had to write, I would be prolific. The problem is, they want you to have a Twitter account, an Instagram page, and a blog. Did I forget the newsletter and the Author pages on Amazon, Audible, and maybe iTunes; I'm not there yet? 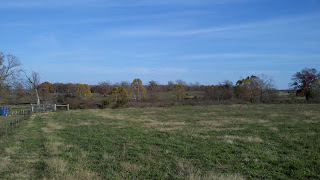 
During the afternoon and evening, more of the story presents itself to me and I write it down the next day. Meanwhile, other stories fill my head and I have a dozen or so notebooks I make notes in to keep it all straight.
We will talk more about this in the days and weeks to come. If you are a writer, tell me your writing process. If you are a reader, what draws you to the book? Is it the cover or the blurb on the back? Something else maybe?


Let me know. It is very easy to leave a comment here. If you are shy and don't want anyone else to read what you have to say, send it to my email 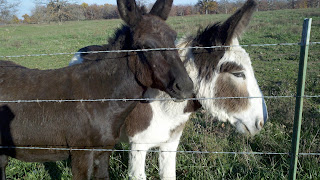 Have a wonderful day.

Posted by Unknown at 7:24 PM No comments: Links to this post

Susan's Musings: Some facts about Kate Nash
Posted by Unknown at 1:11 PM No comments: Links to this post

Some facts about Kate Nash

Read more »
Posted by Unknown at 1:04 PM No comments: Links to this post