How to Write the great American novel, well, maybe! 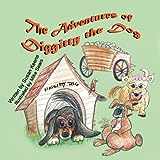 Everyday someone asks me, how do you write a book. I answer honestly, I haven't a clue. There is a book called The Artist's Way. It tells all aspiring writers they should write three pages a day no matter what. If nothing comes to you then right babble, just write. Well, I have never had a problem with coming up with ideas.

First, if you want to be a writer, the one rule I know is  to put your rear end in a chair and write.
If you don't have an idea then look up and write about the first thing you see or some people practice by using a prompt. The short story Thirteen is written from a prompt. I went to a writer's group and the lady said "For next month write a story about Friday the thirteenth, so I did.

Once I sit down, I can write for hours. My problem is sitting down. I swear, I think I have AADHD.
There are a million things I can think of to do instead of writing.To keep myself on the straight and narrow, I get up most mornings at six and write until ten. I only allow myself to get up to use the bathroom or get another cup of coffee. It has been working well. I average about fifteen hundred words a day. Theoretically, I could write an 80,000 word  book every two months or so. Wow, that sounds great.  It doesn't work that way. During those four hours, I have to make sure my details are correct, my characters are believable and my story flows.

I have always been told "get it down on paper and then go back and fix it". I can't work like that. If I realize my hero was thirty-five with green eyes in chapter two and in chapter four his eyes turned brown, I must fix it.

Next question I get asked is where do you get your ideas?  Everywhere. The other day I was buying groceries and the guy in front of me looked like the kind of guy who could clear out a bar with one swipe of his hand and yet he was gently holding a baby. Believe me, he will show up somewhere.
In truth, I don't know. I dream them, see a snippet on TV or in a book that sends my mind off on a tangent and I'm gone again.

Children's books are different. They come to me fully written. For days the idea will swirl around in my head and when it is fully formulated I sit down and write it. Usually in an hour or so. Then I take it to the very talented Mike Sears and he brings them to life. Diggitty the Dog Vol 2 will be out in a week or so and Diggitty the Dog Saves Christmas is at Mike's now.

For fear that I will bore you , I am going to stop now as soon as I tell you about my new series about the Watcher in the Woods.

All of the mysteries or crimes take place in the towns around the Mark Twain National Forest. (Truman  in the series). It is one and a half million acres. The Watcher sees things. At first he didn't do anything. He went on about his business , but one day a man drug the body of a boy in the woods and buried it. The Watcher couldn't get it out of his mind. When a sheriff of another small town is investigating a murder in another part of the forest, the Watcher moves the boys body where it will be found. It is only the beginning of the things the Watcher sees and the lengths he goes to to bring the criminals to justice. The first book in the Watcher series is The Body in the Woods. Should be out  by fall.
See you soon.
Stop by  www.ptierneyjames.blogspot.com  who will be a guest blogger here on May 15  and at www.lisamedley.com . Lisa will be my guest on May 5.
Happy reading and writing

Posted by Unknown at 10:05 AM 6 comments: Links to this post

One doesn't usually think of Bentenville, Arkansas as a cultural hub. Well, in some ways they should. Bentonville has several things to see that make the trip worth while.One is Crystal Bridges Museum of American Art. It is a great place. If you can think of an American artist, he or she has work displayed on the walls or  in one of the beautiful galleries. I saw paintings by James Henry Beard, Andrew Wyeth, Edward Hopper, Jamie Wyeth, Andy Warhol, Fredrick Remington and Georgia O'Keefe and perhaps another hundred I haven't mentioned.


The grounds are impeccable. Crystal Bridges sits on top of Crystal Springs , thus the beautiful bridges and outdoor areas. It sits on 120 acres with several walking paths, a place for outdoor concerts and public venues.


There is no admission fee. Walmart pays for everyone to see the exhibits. But it is still a money maker. The gift shop is an eclectic collection of hats, shirts, purses, jewelry , books and miscellaneous sundry that will keep you occupied for hours.


There is a restaurant called Eleven. It is in a long corridor with massive windows on each side and a wonderful view of the grounds from almost anywhere. How was the food? There in lies the only problem I see with the entire place. You must stand in line to order and your food is brought to the table. No problem there. My discontent was with the food itself. I most likely would not have fussed about the price had the cuisine been palatable. My friend and I ordered shrimp and grits. I had just seen it made on the food channel and it was gorgeous. Not so with what we were served. They said the grits were from War Eagle Mill. My friends, they were not grits. It was chicken scratch and I know that because I have been throwing it to my chickens for years. It was cracked corn, and it wasn't cooked properly. This gruel was too thin to chew and too thick to swallow. It came with shrimp, four of them, with tails on. Not a problem if the grits are thick enough so the shrimp don't fall into the bowl and make for some pretty sloppy eating.


My other friend (yes, I have more than one) ordered chicken and waffles. Again, it wasn't anything to write home about. It was two small slices of waffle with a small piece of fried chicken between them. One reason she ordered it was because it boasted jalapeno maple syrup. No one could taste the jalapeno and there wasn't enough of it to taste anyway.


Okay, do you feel like you have just watched an episode of Chopped?
Well, I was sorely disappointed by the food.
Would I go back? Absolutely. I would even spend the night somewhere so I could further explore the museum and Bentonville's Town Square and the 21C hotel and art museum.
What I would NOT do is eat at Eleven again.

Posted by Unknown at 5:42 PM 12 comments: Links to this post