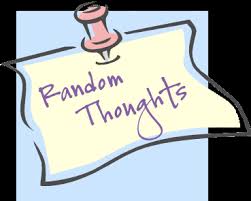 This is the third day I have been inside.  Living on a 97 acre piece of land makes this a rare event.
Right now my reason for staying in is ice.  I go out in snow and rain, but ice and I do not mesh.
Cars and I have no traction on ice.

I have been working on the edit of my novel Tattered Wings.  I love seeing it get better and better, but once in awhile, I stray.  This afternoon I strayed because of odd facts.  That's right.  Not brownies or ice cream or even a second cup of coffee, but odd facts.  Facts fascinate me.  I am always amazed to watch Jeopardy and have someone come up with an obscure fact.  I wonder how they know which star is the brightest one in the northern sky of the southern hemisphere on December 9,1918, at dusk.  Okay so maybe that wasn't the question, but it was something unknown to us normal folks.

So here I am  to entertain you will some facts not known to most of you.

Okay, I am ready to go back to editing.  I hope you are all enjoying some good weather and are not stuck in the house as I am.  Life is good.
Posted by Unknown at 2:03 PM