A Day on the Mountain 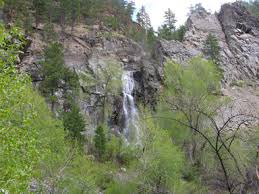 A Day on the Mountain.
I bowed my head and kept walking. When the sound in my ears became deafening, I stopped and leaned against a tree so as not to fall back down the steep mountain. When the sound of beating drums softened like they were moving further away from me, I started walking again. I took a second to glance back the way I'd come. It was nearly straight up. The walk was treacherous, but it seemed like such a good idea when I began.
It was another one of those things I felt I must do to cleanse my soul so I could go on to next part of my life. The part after marriage. Is a marriage lasting twenty-five years, before it breaks up, considered a failure. I felt it was. I had mothered two wonderful girls, raised them and got them through college before I left. The drums were getting closer again now. The sound so rhythmic and loud I felt it was going to take over my body and brain. Again I stopped. And again after several minutes of leaning on the nearest tree, it was gone. Whatever was following me was unnerving, yet I wasn't afraid of it. My goal had been to write down all of the good and bad of my marriage and then climb to the top of a glacier pack in the Black Hills and bury it. Cathartic I thought.
For months before the trip I walked mile after mile up and down hills, but nothing prepared me for the high altitude of the mountains. I was making my way slowly up Lover's Loop, a five mile path to the top of the mountain and back. The day before I had walked a different walk and felt like I was in a New York subway because of all of the people I met on the way. Today I picked a more treacherous route hoping not to be in such a crowd. I had been walking for four hours and no one passed me nor did I hear anything but those drums.
So my dilemma was both good and bad. I was going to be alone to sit at the top of the glacier and read my story, and find a place to bury it for eternity. Yet the downside was if there was anything of danger up on the mountain, I was destined to meet it by myself.
I learned early in my walk that the air was thin and I would have to keep my head down to keep from becoming dizzy from the exertion of the climb. Every twenty or thirty feet was a huge pine tree. I was able to go from tree to tree to rest. As I rested I would look up and plot my course to the next tree so I could rest again. I was not yet fifty, but the thinner the air became, the older I felt.
After doing the drum, no drum thing for over an hour I realized it was my own heart beating in my ears. I should have been amused at my own deceit, yet now that I knew, I stopped at every tree to give myself the rest I needed.
So here I am, trudging up the mountain side hour after hour with my head down when I run into a tree. Oh my goodness, it wasn't a tree, it was a massive two thousand pound buffalo. He was grazing in the tree line and I hadn't seen him. I tried not to panic as I scampered back down two trees and hid behind one. Peeking around the tree, I looked at him to see how mad he was I had run into him, but he was still grazing as though he didn't know I was there. Because of his massive size, I was probably a mere gnat to him.
I stayed in my hiding place behind the study pine and watched him as he leisurely ate , making his way further and further toward the other side of the glacier until I felt safe enough to go on with my plans.
All in all, the walk up the mountain took six hours. I read my history once more and took my camping shovel out of my pack. I couldn't make a deep hole in the rocky soil, so I buried my story under a big pile of pine needles and rocks. After making the area look as natural as I could, I went on feeling lighter and happier than I had in years.
The trip down the mountain took less than and hour and I was forced to walk from side to side and tree to tree to keep from sliding down on my backside. When I got there, my friends were waiting to tell about their adventures and I felt I would never be able to admit I thought my own heart beat was made by drums or that I ran smack into the side of a buffalo. But I did tell my story and we all laughed at each others adventures.
It ended up to be quite a vacation, in more ways than one.